Ron has woken up in a strange laundromat with no memory of how he got there.  A dead little person is on spin cycle, people want to kill him and he’s in a strange country.

Then things start to go downhill…

“Stand,” one of them commanded. He was a tall, thin Asian man with slicked black hair and an aura of authority. His jacket lapels were covered with small silver stars. The other two men stood behind the leader, goon style. Their lapels displayed several bars.

Ron glared at them for a second, but decided that there was no point disobeying. He stood, wincing as the various bruises complained.

His accent should have been eastern European, thought Ron. Or at least ‘villain English’. Instead it was a smooth neutral, with no inflection of any kind.

The man gestured at one of his minions, and Ron flinched, but all the guard did was stride over to the table and pull out one of the seats. The leader sat down on it and pointed at the other one, never taking his eyes off Ron.

Again, Ron decided there was no point in resisting. He sidled over to the other chair and sat gently in it, massaging the more tender spots on his body.

As soon as he was down, the leader leaned forward and placed both palms on the table, face down.

“Yes, nice to meet you too,” Ron said, taking refuge in sarcasm. “My name’s Ron, I didn’t get yours?”

The man tilted his head sidewise slightly, like a dog does when it doesn’t understand something. “You may call me sir,” he replied. The smile remained. “Where is it?”

Ron gasped and held his head, which had just been smashed down repeatedly on the surface of the table by the two guards, who were standing behind him, still holding his shoulders.

“Fuckers! What did you do that for?” He dabbed at his eyes, wiping away tears.

“It’s important to define our relationship from the beginning,” the leader said. “To avoid confusion. I asked you a question and you didn’t answer, this resulted in what you must come to expect as a typical response.”

“You catch more flies with honey than vinegar,” Ron mumbled.

“It’s just as well you aren’t a fly then isn’t it?” The man smiled like a shark presented with a drowning sheep. “Now, where is it?”

“I told you I… Aaahh! SHIT!” Ron swore as he wiped at his brow, which was now bleeding from several cuts. “Seriously! You need to give someone a chance to reply you fuck heads.” He paused. “I think I’m going to be sick.” So saying he spewed violently onto the table, splattering the man sitting opposite, who jumped back, cursing.

“Haha, didn’t like that so…” Ron’s stomach heaved again for a good thirty seconds. “…much did you?” he continued weakly, wiping his mouth with his sleeve and adding to the distress of the blue jacket.

Vile smelling vomit dripped over the edge of the table.

The man snarled at him and made a sharp gesture to his men. “I’m going to get changed,” he said. “But I’ll be back, maybe with an apron, and then we’ll see who’s laughing.” He turned about smartly and banged on the door twice. Someone on the other side opened it, and he marched from the cell, his men following him.

The door slammed shut with a resounding metallic echo.

Ron slumped forward, lying in his own waste. 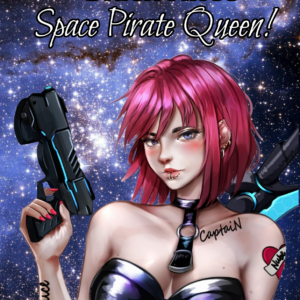