I just realised that my Tired of Death download links weren’t working! Gah! It went a bit wonky when I upgraded this site to use https. Anyway, I’ve finally fixed it now. Apologies if you tried to click on them and they didn’t work.

I’ve also done a few small tweaks to the site, which won’t be apparent, but backend stuff. And I’ve decided to put my updates all on one page, ‘cos makes it easier.

As autumn makes itself felt on here, I’ve been writing a new one. It’s just fallen out of me, as these things tend to do sometimes. It’s an adult tale though, so a bit more risque than my usual fayre. This means that some of my other works have stalled, so apologies for anyone waiting for the next Necromancer’s Chronicles book, it’s still in the works.

Thank you for reading! 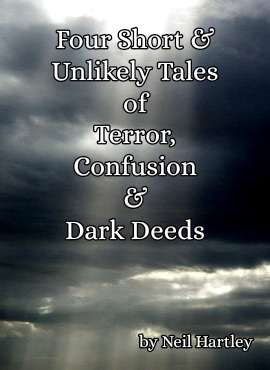 My new short story compilation has been added!

I’ve removed the feedback form for now, as all I was getting was a lot of spam. I’ll revisit this with more anti-spam at some point in the future. In the meantime, you can always email me at either admin (at sign) NeilHartleyBooks.com or NeilHartleyBooks (at sign) Gmail.com

I’m not really on a lot of social media, as I consider it rather frivolous – frankly I don’t care that someone is out walking the dog or whatnot. However, I do post most days to Instagram, although the majority of my posts are not book related (not sure if that’s a good thing or a bad thing). Anyhoo, if you wish to follow me, I’m here.

I also write on the Opus Path under the name ‘Ren’. Although I’ve not really put much up there recently, and the site is fairly inactive. Still, please feel free to check out my writings there, and also add some of your own. I promise to read and feedback. 🙂

Have no product in the cart!
0
Go to mobile version