Skip to content
View basket “Remember Me” has been added to your basket.

The Necromancer’s Chronicles – Book I

Urt is a lonely Necromancer, living in a swamp with only a zombie head to keep him company.  After one too many magical disasters, he decides it’s time to strike out and make his mark in the world.

The village of Mudrut in the early morning was as quiet as the swamp. Quieter actually, as there were fewer toads and other night animals crawling about.

“It’s a bit spooky isn’t it?” Horace whispered, as Urt traipsed down the middle of the main street.

“Spooky? How can you think something’s spooky?” Urt asked. “You’re a hideous flesh eating undead, or the head of one at least. You are spooky.”

“I never really liked ghosts,” the zombie confided. “Give me the willies they do. All pale and ghostlike.”

“I must have been on some kind of funny juice when I raised you,” Urt said, shaking his head. “Right, this should do.”

“Why do we have to do this in the middle of town?” Horace asked.

“I told you already. This is where the greatest concentration of life force is. The passed over always congregate near the Warmth of Life. Moths to the flame and all that. Now shut up, I’m trying to concentrate.”

“Yes boss.” Horace looked up at the raised girl who was carrying him. “You be quiet too,” he said.

Urt closed his eyes and extended his senses. Old Mangle had taught him the spell for conversing with ghosts, but he hadn’t needed it. He could do that already, just by concentrating.

“Heed me!” he commanded to the pale shadows of the dead, as he felt their presence drifting about around him. “Show yourself! By my power, you will attend me.” He opened his eyes again and looked about. Half a dozen ghosts were facing him, curious expressions on their shimmering faces.

“Who are you then?” one of them, an old lady with her hair done up in a bun, asked.

“He’s a necromancer isn’t he? What a stupid question,” said the spirit of man with a deep gash in his neck. “Who else would be calling us?”

“You shut up Roger,” the old lady ghost replied. “You always did talk too much.”

“How would you know? You died years before me.” Roger scowled.

“’oo’s this then?” asked the ghost of an old man, drifting up to the group.

“Ooh, we ‘aven’t ‘ad one of them around ‘ere for a while.” the newcomer peered at Urt through ghostly spectacles. “What you want then?”

“I’m trying to tell you, if only you’d stop jabbering for a minute,” Urt scowled.

“Cheeky bugger!” the old woman said. “You pay respect to your elders!”

“I’m only ten,” said the spirit of a very thin young boy.

“You’ve been ten for three hundred years,” the woman replied.

“Shut up!” Urt shouted, then looked about, nervous that the living had heard him. “Now, listen. You lot are going to help me…”

“You just don’t get the same quality of necromancer these days,” another, middle aged, ghost said.

“What would you know about it?” said the spirit of a woman dressed in a short skirt. “You only died six months ago.”

“Again, be quiet!” hissed Urt as loudly as he dared.

“May as well hear him out,” the woman said. “What do you want dearie?”

“Firstly, my name is Urt, necromancer,” Urt said. “You will address me with the respect my station deserves.”

“I thought I was doing,” the ghost commented.

“Secondly,” Urt ploughed on. “I need information, and you lot are going to give it to me.”

“I don’t think I like your tone young man,” the middle aged spirit said.

“Don’t make me send you all to purgatory!” Urt said, gritting his teeth. He looked at the assembled dead and nodded as they remained quiet. “Better. Now then, this is what I want to know…” 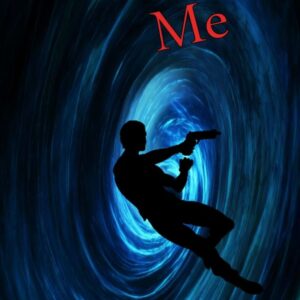